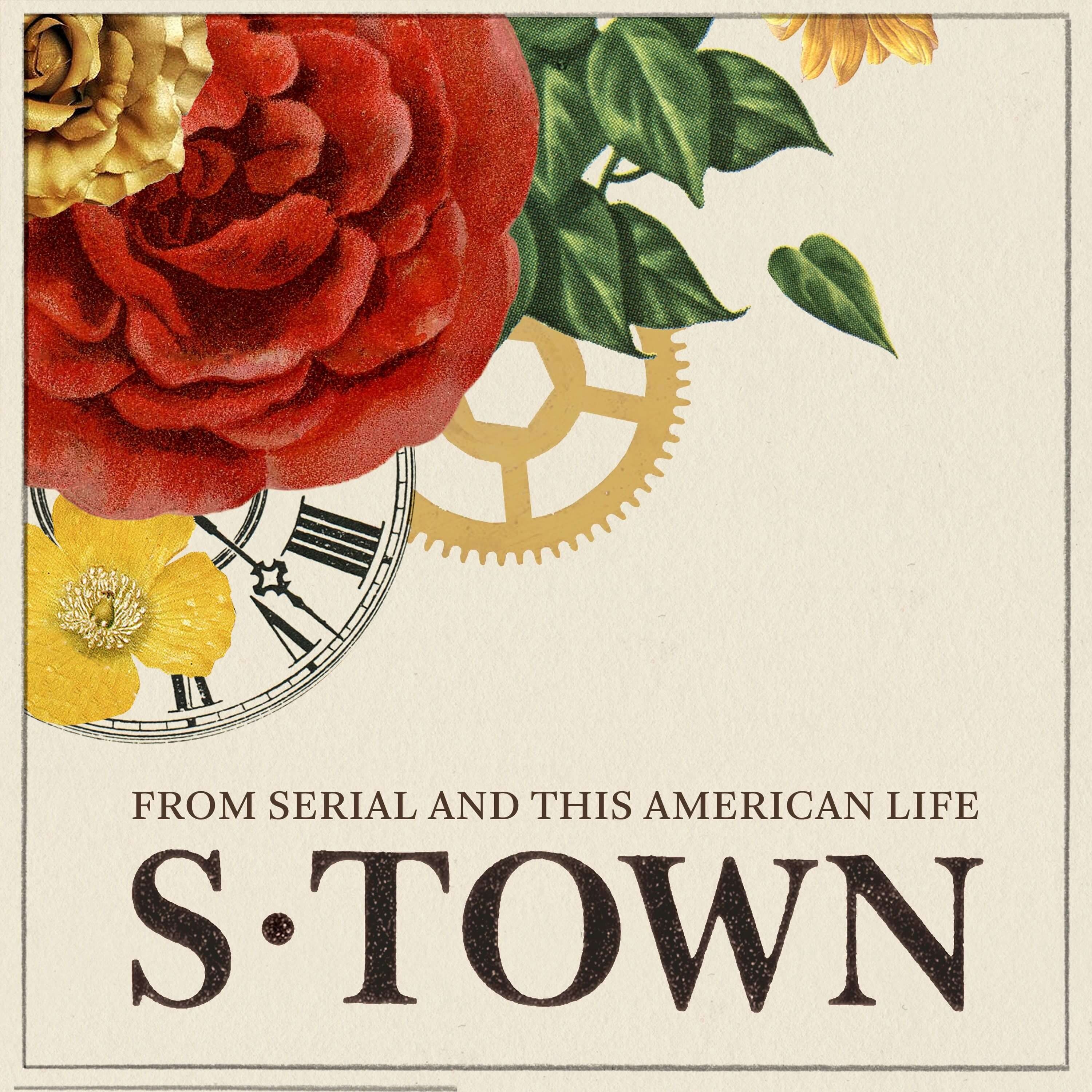 S-Town is a podcast hosted by Brian Reed from Serial Productions, a New York Times company. The story follows a man named John who despises his Alabama town and decides to do something about it. He asks Brian to investigate the son of a wealthy family who's allegedly been bragging that he got away with murder. But when someone else ends up dead, the search for the truth leads to a nasty feud, a hunt for hidden treasure, and an unearthing of the mysteries of one man's life.

"You know something is worthwhile when it’s a page-turner. Whether it be a book, a movie, a tv series or a podcast, page-turners are few and far between. While “S-town” wasn’t a perfect podcast, it was interesting and had me listening to it nonstop."

"S-Town, an audio masterpiece that takes podcasting to a new level more akin to literature than you may expect, is by the producers of This American Life and Serial. S-Town is a seven-part series, ranging from 48-63 minutes per episode, released all at once, for a total of six and a half hours. It’s binge’able, right now. Should you listen to it? Yes. The crew behind this show is a group of seasoned producers and hosts, the audio quality and production is top of the line, and it’s just a great story that you’ll want to hear to the end and talk about with all your friends, and hopefully me! To keep with the theme of a literary novel, each episode of S-Town is a chapter. Through the series and in each chapter, S-Town illustrates the human condition. S-Town is neither Serial nor a true-crime podcast. It’s a journey through the degrading mind of a troubled genius. This podcast shines from its use of storytelling and analogies to convey morals and humanity. This isn’t light listening but something that reflects a mirror on yourself and your community. S-Town is a well-produced, enthralling, and thoroughly entertaining podcast. Like a great book, I didn’t want to put it down; in fact, I listened through seven times. S-Town gets better with each repeat experience."

"As I listened to the first few chapters of S-Town, I couldn’t help but wonder how Flannery O’Connor would have reacted to the popular new podcast. S-Town’s deep exploration of white, rural America makes the comparison inevitable; the podcast’s inadvertent star, the eccentric John B. McLemore, could have risen whole from a Southern Gothic landscape. But by the end of the series, I wasn’t thinking of O’Connor, but of her friends and fellow writers, Elizabeth Bishop and Robert Lowell. Is the aesthetic value of a work of art worth the moral cost of revealing traumatic details about a person? And is it okay to confess another person’s pain for the sake of a really good story? Evaluate the moral price of producing good art and what damage it might cause to those involved when their secrets are instantly available for the entertainment consumption of thousands or millions of listeners. ­­S-Town may be a groundbreaking new kind of podcast; it also, like many poems, memoirs, and articles before it, confesses other people’s pain in a public—and at times questionable—way."

"What emerged last week was far greater, and more grand, than a simple whodunnit. S-Town has unfolded with elegance and subtlety, and it’s hard to recall a more touching podcast, even within its This American Life ancestry. S-Town is particularly good at navigating subtleties and grey areas. In a digital age that rewards polemics, it stands out even more in its refusal to judge anyone, instead presenting people in all their contradictory messiness, including John himself. We meet racists, we meet thieves, we hear about violence and abuse and loss. It’s about surviving when you don’t fit in, finding connections where you can, and the beauty that resides in the most unexpected pockets of a person’s existence. It’s a delicate and splendid obituary, and a noble attempt at understanding a life."

"S-Town, a stunning new podcast hosted by This American Life producer Brian Reed and produced by the creative team behind Serial, is brilliant, complicated, frequently troubling, and often painfully beautiful. But it’s important to be clear that despite its Serial roots and an investigative premise that initially seems like a journalistic jaunt into an unresolved murder, S-Town is not a true crime podcast. S-Town is a very, very good podcast. John is eminently fascinating and compelling, but also eminently troubled; S-Town tries to honor him by giving him a voice again and again, even shortly before he dies."

"Once you start listening you may be tempted to cruise through the entire thing. That's what I did. Without giving anything away, I assure you this project is superb. Hitting the road for Spring Break soon? Here's a great way to let the miles fly by, or to enrich your time lounging by the beach or pool. You'll gain a new appreciation for the antique clock you may have in your house. You'll look back upon Alice in Wonderland" with a more learned eye. And - this isn't really the point of the series but it's something to love - there is something delightful about seven hours of listening to rich, mellifluous (one of John's favorite words) Southern accents. The aural atrocities inflicted whenever Hollywood sets a movie down South will seem all the more painful once you reconnect with what Southerners actually sound like."

"S-town" is not Serial and will disappoint those looking for that same true-crime, near-real-time storytelling experience. But it's still one of the highest-quality stories told via the podcast medium to date: the small Alabama town, the eccentric but brilliant protagonist and other highly colorful characters are engaging and real and their story is filled with enough surprising twists and turns to keep you listening, particularly through the first four episodes. I'm still marinating on the ending, but I promised no spoilers this high up, so I'll stop there and give the official warning. 1. The amount of reporting involved is pretty incredible. 2. The show seems to be constantly trying to figure out what it's actually about. 3. The political and cultural subtext is hard to ignore. 4. John B. McLemore is totally steampunk. 5. You know these characters. "…"

And That’s Why We Drink