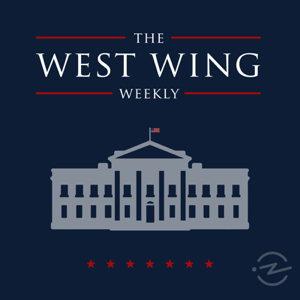 An episode-by-episode discussion of The West Wing, one of television’s most beloved shows, co-hosted by one of its stars, Joshua Malina, along with Hrishikesh Hirway of Song Exploder.

"The podcast is very entertaining. The dialogue between the hosts and guests of the show is often funny. You get a chance to hear about pranks that the actors played on each other and a handshake that was passed on from Laurence Fishburne. Because Josh Molina was on the show and he is familiar with most of the guests, the interviews are informal and many amusing stories are told. People with an interest in political science will enjoy hearing about working in the West Wing. As you can see, The West Wing Weekly podcast is appealing to a broad range of people. It is cleverly crafted and engagingly narrated. It is a good incentive to watch The West Wing. …"

Films To Be Buried With with Brett...

I Am All In with Scott Patterson